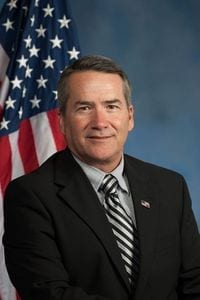 Trump called Hice “one of our most outstanding Congressmen” and “a steadfast fighter for Georgia conservative values.” The former and highly controversial President also took a minute to throw shade at the current Secretary of State Brad Raffensperger who became an enemy of Trump’s during the November election.

Hice sided with Trump’s narrative about the election and was quick to criticize Raffensperger for his actions. The Secretary of State’s Office conducted three recounts for the Presidential race and each one confirmed the results. The lawsuits concerning illegalities in Georgia’s elections were thrown out as well. 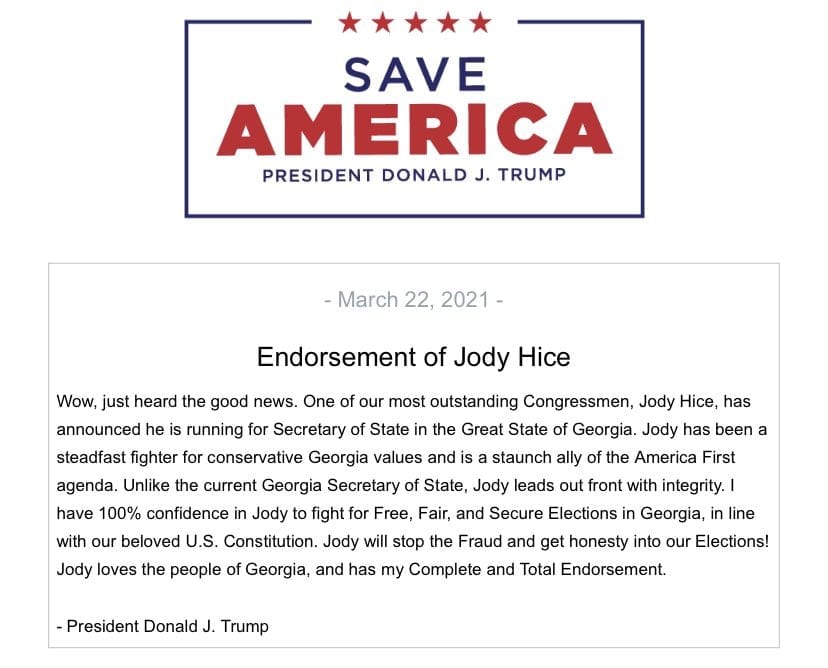 The importance of a Trump endorsement remains to be seen within the Republican Party. Many registered Republicans either support or detest the individual while others believe his involvement in the January 6 runoffs cost the GOP the Senate and flipped the state.

David Belle Isle announced his candidacy for Secretary of State on Sunday. He came in second to Raffensperger in the 2018 primary runoff.

Raffensperger intends to run for reelection in 2022 despite the GOP adopting a resolution that he “undermined public confidence” on Friday.

Trump’s promised to throw his weight around in several Georgia races including the governor and U.S. Senate. Governor Brian Kemp didn’t side with the former President concerning the November election either.  At this time, no Trump-backed candidate has entered those races.