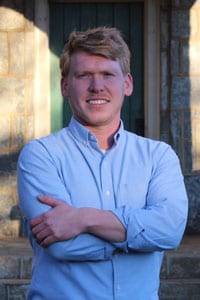 “We did not expect this opportunity to come so soon,” Gurtler stated in a press release. “However, I’ve learned that it is not enough to simply support the Constitution, the Second Amendment, or love liberty… We must fight for our shared values and principles like I’m doing in Georgia. Since Day ONE of my time serving in the Georgia State House, I’ve tirelessly fought to defend Georgia’s constitutional conservative values, principles, and our God-given rights. Working alongside Governor Kemp, I’ve been fighting for Georgia to become a national leader in defending our second amendment rights. Congress needs proven limited government conservatives who will stand up to Speaker Pelosi and fake Republicans like Mitt Romney and John Bolton. I support President Trump’s agenda to bring our troops home, cut job-killing regulations, and defend the right of the unborn.

“My decision to run for Congress does not come lightly. My family, close friends and many of you helped me pray and deliberate over this decision. Ultimately, I made the decision to run knowing that I will be a champion for the Constitution, a voice for liberty in Congress, and serve the people of Georgia.”

Robin can be reached by dialing 706-487-9027 or contacted via email at Robin@FetchYourNews.com --- News tips will be held in strict confidence upon request.