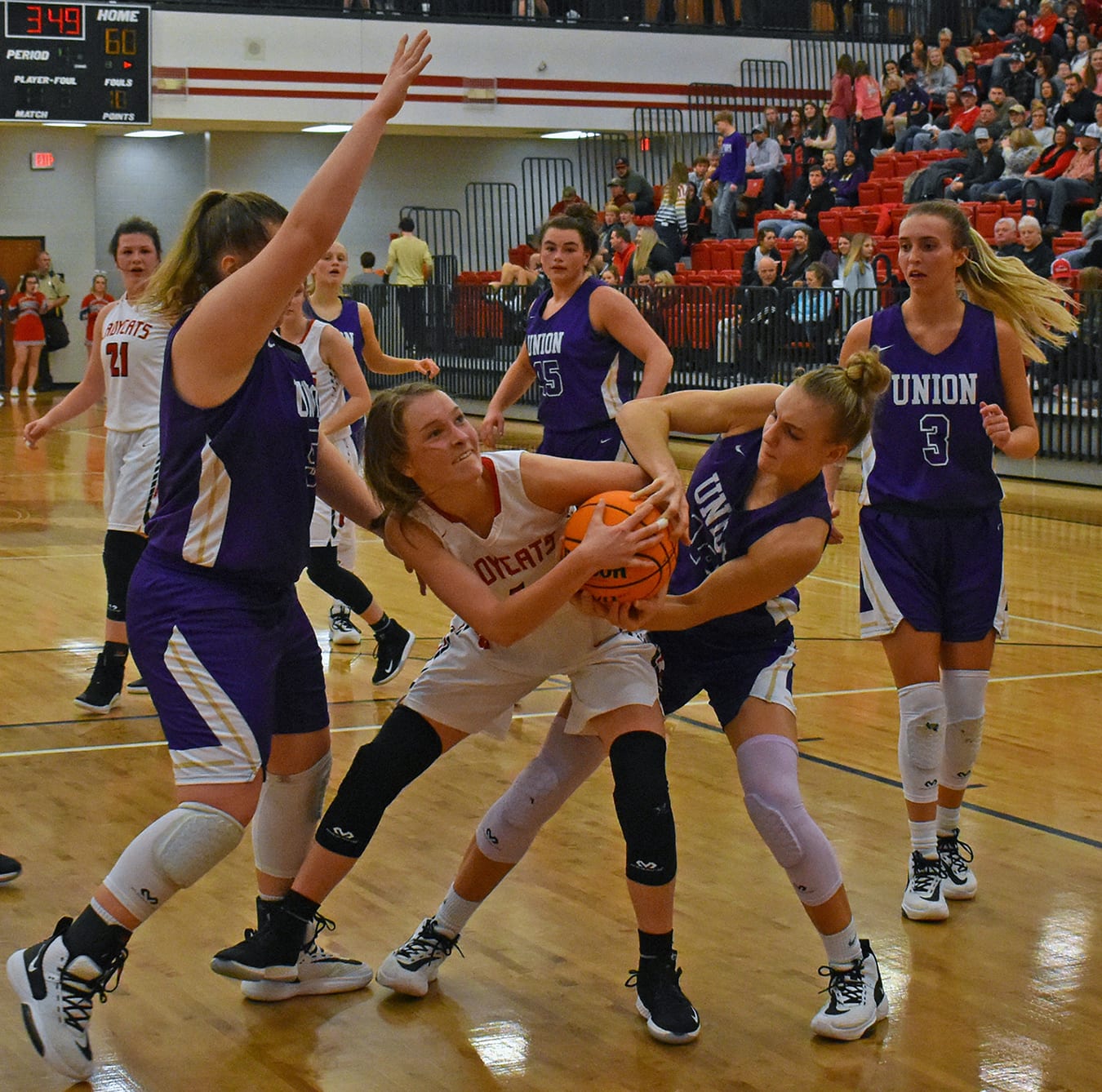 Using a stifling pressure defense and a hot hand off the bench, the third-ranked Rabun Co. Lady Wildcats took down seventh-ranked Union Co. on Friday, Jan. 24, in Tiger to earn a fourth-straight Region 8-AA win. 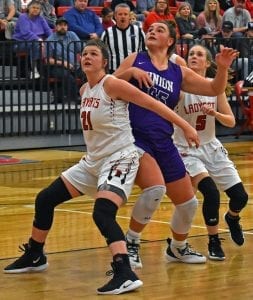 After missing last season with an ACL injury, sophomore Carley Haban returned in November and has her best game of the season off the bench against Union Co., scoring a game-high 22 points.

But it was the Lady Wildcats defense that stole the show, forcing turnovers early and often.

“Honestly, that’s the best game we’ve played all year, and it was against a really good Union Co. team,” Rabun Co. coach DeeDee Dillard said. “Our defense really provided a lot of opportunities for us tonight.”

The Lady Wildcats normally play a full-court, pressure defense intent on trapping opponents and forcing turnovers, and Dillard said how the defense plays really determines how the offense plays.

As for the Lady Panthers, coach Crystal Beach said the team fell into a pattern of trying to dribble too much to beat the Rabun Co. press.

“We just have to focus on passing more effectively,” Beach said. “We actually managed to break the press several times by passing the ball well, which is how we scored most of our points. But (Rabun Co.) did a really great job putting pressure on us all night and we let that pressure affect us.”

The Lady Panthers won’t have much time to get over the big loss, as they welcome fourth-ranked Putnam Co. (19-2, 10-1) to Blairsville at 3 p.m. today, Jan. 25. In the first meeting between the two teams this season Jan. 18, the Lady War Eagles came away with a 61-45 victory in Eatonton.

Beach said she isn’t worried about the quick turn around after the loss. 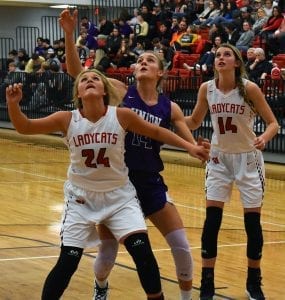 “I’m very lucky in that I have a great group of seniors who are phenomenal young women and leaders, and I have no doubt that they will have the younger players set to come out ready to go,” Beach said.

In the first meeting between the two this season, Rabun Co. earned a 72-23 victory in Tiger.

Putnam Co. and Rabun Co. are set to meet in the final game of the regular season Friday, Jan. 31, in Tiger.