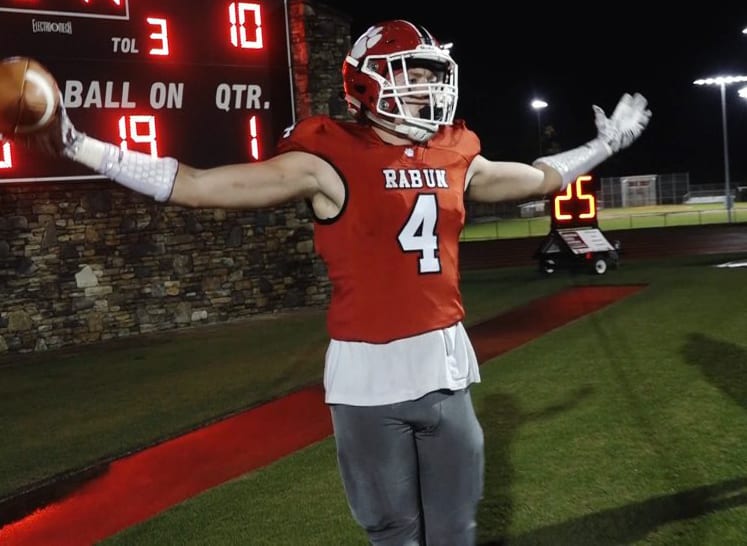 Braxton Lee Hicks, a senior at Rabun County High, is headed to play football for Coach Kirby Smart at the University of Georgia in Athens.

He made the announcement Sunday via Twitter saying: “After talking to Coach Smart, it’s a done deal! I’m 100% committed to the University of Georgia.” 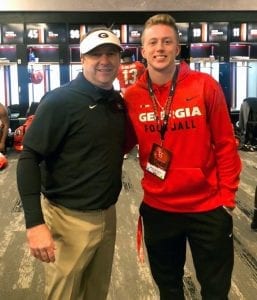 Hicks will join the Bulldogs as a preferred walk-on for next season, earning him a great shot at making the main squad for the 2020 season.

The 6-foot-2, 195-pound wideout was extended the offer more than two weeks ago after “a great conversation” with Georgia Associate Head Coach and Offensive Line Coach Sam Pittman.

“I’m very excited to say that I have been offered a (preferred walk-on position) to the University of Georgia,” Hicks tweeted Oct. 25.

The senior will bring a winning mindset to Athens. He and the Wildcats have won region titles all four years of his high-school career.

Through 10 games this season, Hicks has 879 yards and nine touchdowns on 46 receptions as the main target of sophomore quarterback Gunner Stockton, who himself is already receiving the interest of college programs as the top-ranked national quarterback of the 2022 class.

Hicks has put up impressive numbers during his four years with the varsity squad.

With at least one game still to play this season, Hicks has amassed 3,153 yards on 164 catches and 43 touchdowns in 49 games.

Support quickly poured in online once Hicks announced his decision.

Matt Shirley, Hicks’ wide receiver coach and the team’s special teams coach, tweeted “Haven’t been around many with a work ethic like (Hicks)! Super proud of him and the young man he is! The future is bright for you! Can’t wait to see you in Athens!”

Hicks will have a chance this Friday to increase his career numbers as Rabun County heads into the first round of the Class AA state playoffs.