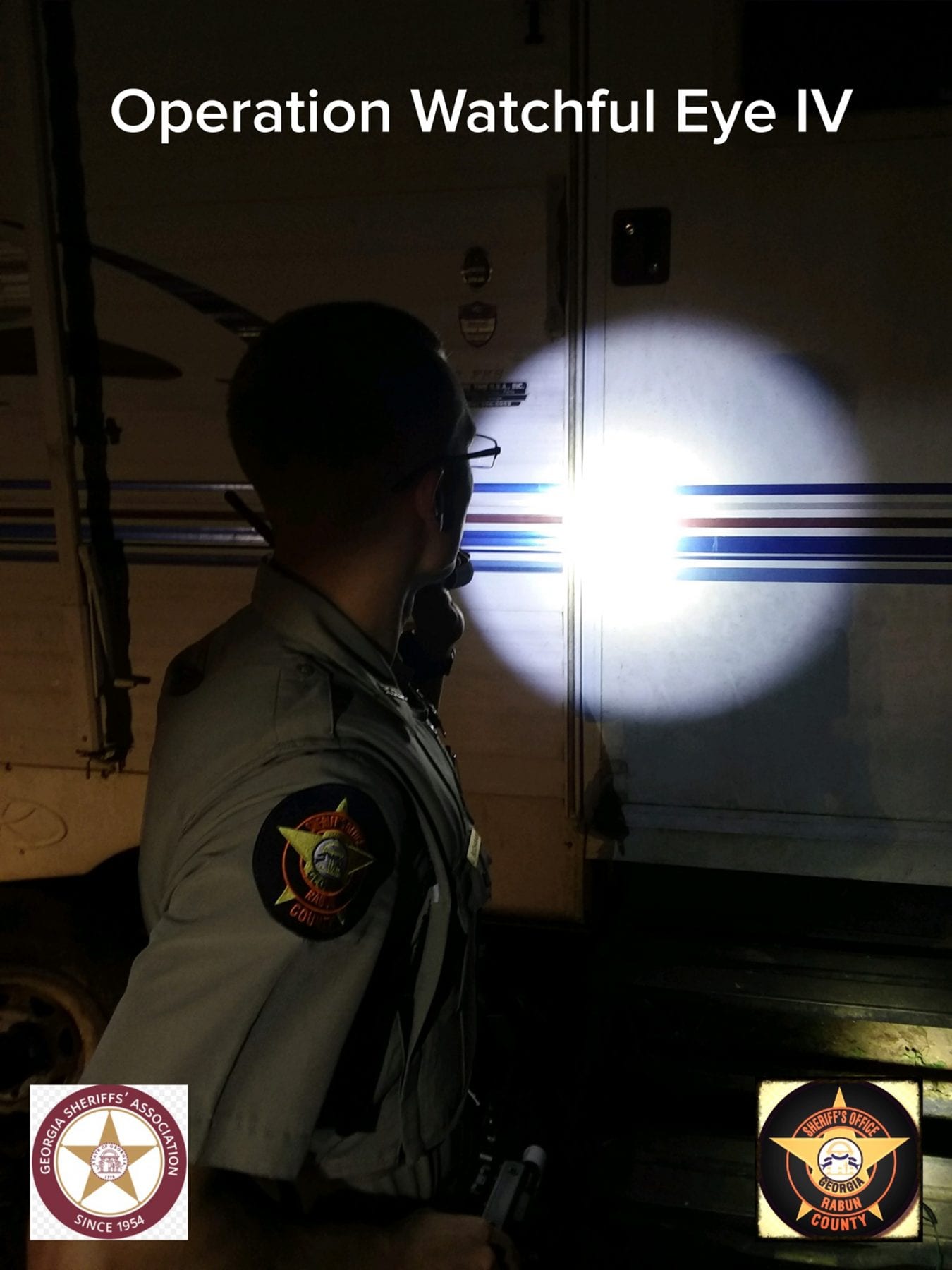 RABUN COUNTY, GA -The Rabun County Sheriff’s Office participated in Operation Watchful Eye checking all 28 of our registered sex offenders residing in Rabun County. Of the 28 offenders, all of them were accounted for and in compliance with their probation terms. “This operation was successful not only in our county but across the entire state as the Georgia Sheriffs worked together to ensure our particular counties are safe. To stay up to date on all of our sex offenders I would encourage all of our citizens to please take advantage of our Offender Watch program that can be found on our website rabunsheriff.org,” stated Sheriff Nichols.

Thanks to an initiative involving Georgia’s sheriffs, 40 sex offenders were arrested and 147 warrants issued across the state from October 25 – November 1, 2019 for violations of state registration laws. In 2015, the first coordinated effort across the state was launched to conduct residence verifications and compliance checks of registered sex offenders during a specific time period. The coordinated initiative became known as Operation Watchful Eye. Due to the overwhelming success of the original initiative, Georgia’s sheriffs have made this an annual operation and recently conducted Operation Watchful Eye IV.

The purpose of this statewide effort is to create awareness that sheriffs’ offices work collectively, network, and actively engage their office by participating in statewide verification checks and other non-compliant matters in order to make our state safer. In numerous counties, deputy sheriffs, U.S. Marshals, U.S. Probation officers and Department of Community Supervision probation/parole officers worked together to verify sex offenders comply with the law.

Remember, for the protection of your family and neighbors, visit your local sheriff’s office website or visit the http://gbi.georgia.gov/georgia-sex-offender-registry for more information on the whereabouts of registered sex offenders in your community.