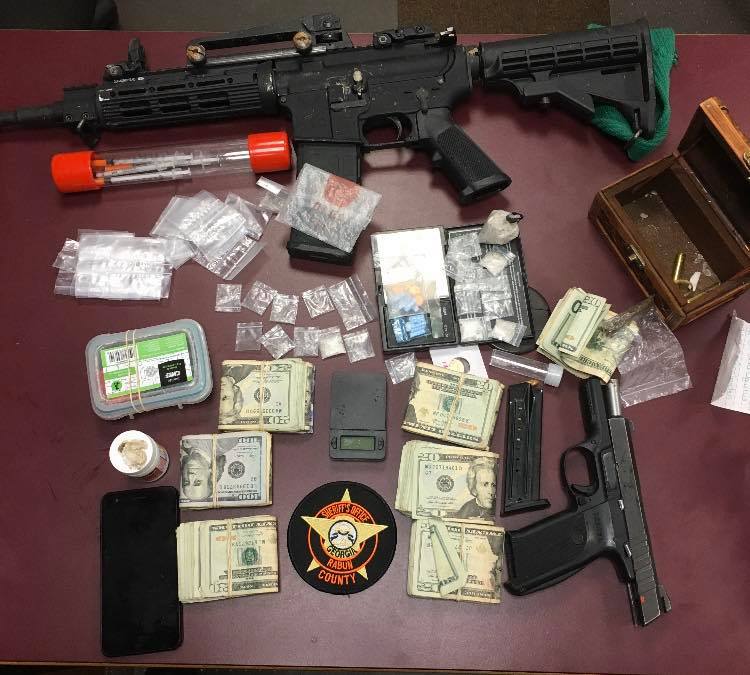 RABUN CO, GA – On October 30, Rabun County Law Enforcement chased down a stolen vehicle and discovered methamphetamine in possession of the suspect.

Rabun County Sheriff’s Office received a BOLO on a possibly impaired driver, reporter to be “driving all over the roadway.   A deputy initiated a traffic stop in the Wiley area. The vehicle sped away from stop at a high speed and the deputy pursued going southbound on Ga. 15/ US 441. 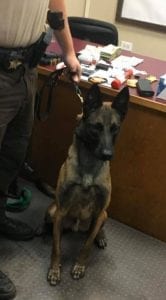 K-9 Doug found Bucy after he fled on foot once he wrecked the stolen car.

The driver lost control of the vehicle in Tallulah Falls and crashed the vehicle. The individual then fled on foot where Deputy Hyer and K-9, Doug were requested to search for the person. K-9 Doug sniffed out the fleeing driver and was taken into custody without incident. Upon further investigation, multiple drugs, firearms, and cash were seized. The vehicle was also reported stolen out of Tennessee.

It should be noted that all suspected perpetrators are innocent until proven guilty in a court of law.