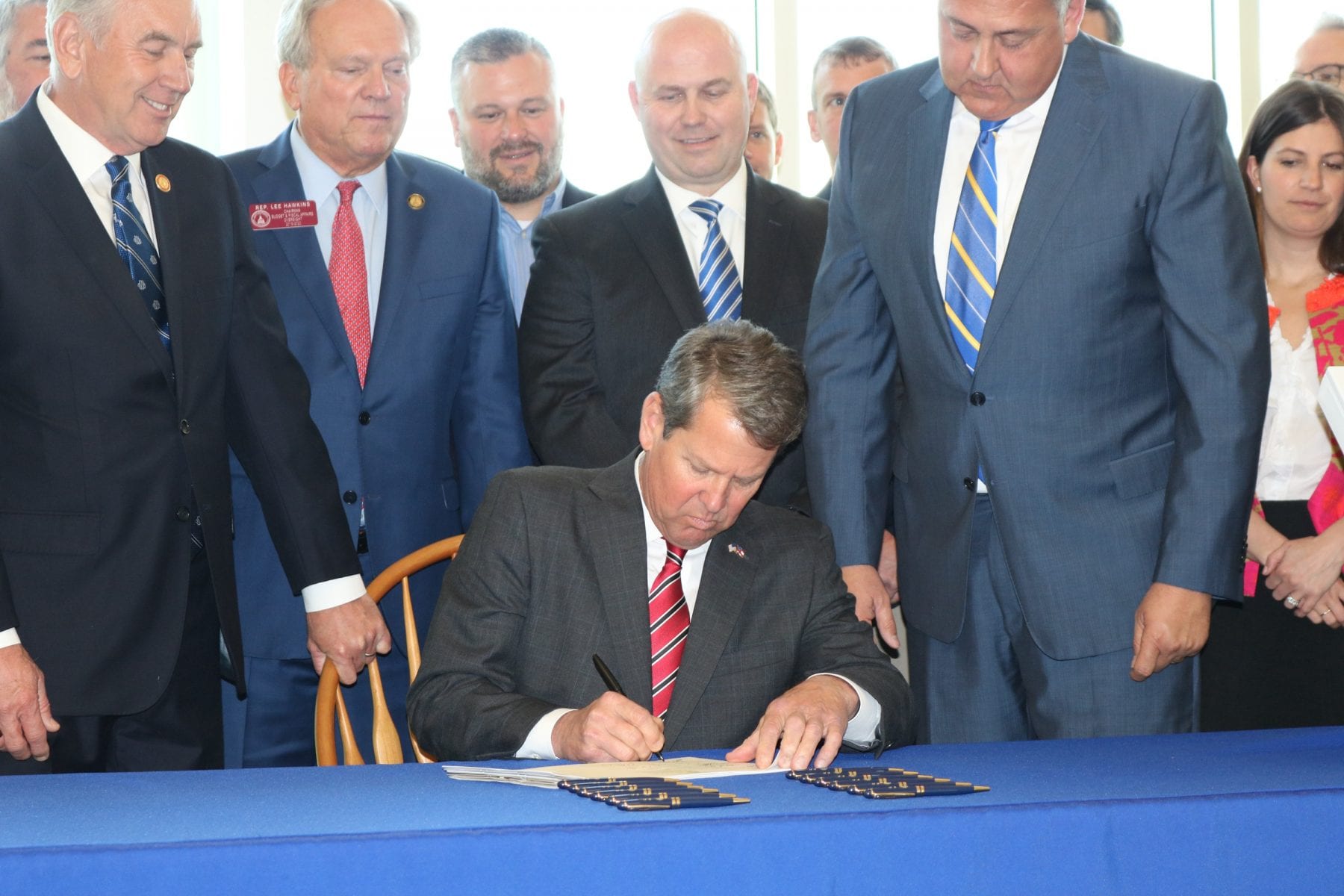 DAHLONEGA, Ga. — Gov. Brian Kemp received a warm welcome in Lumpkin County Friday when he arrived for a bill signing ceremony in the Library Technology Center on the campus of the University of North Georgia.

State Sen. Steve Gooch (R-Dahlonega), who sponsored four of the five bills the governor signed, welcomed the governor to his hometown and introduced him to those in attendance.

“Today is a big day for us,” he said. “We’ve been working a lot on some issues dealing with broadband and internet services.”

With a large number of state legislators who helped usher the bills through to passage on hand, along with many county and municipal elected officials, Kemp signed Senate Bills 2, 17, 66, 79 and 454.

Senate Bills 2,17,66 and 79 deal with the expansion of access to broadband internet service and were sponsored by Gooch. SB 454 was carried to the senate by Gooch and deals with electronic assisted bicycles. 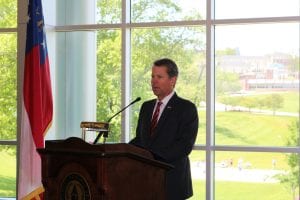 Senate Bill 2 allows Georgia’s 41 EMCs which represent about 4.5 million rural customers to get into the broadband business and sell internet services.

An important question that has yet to be answered is how many EMCs will participate.

“I’ll stand here today and be the first one to confess, I don’t know that all 41 will ever get into internet services,” Gooch said, “But I believe this will allow them the opportunity to do so.”

Wednesday, April 24 marked the governor’s 100th day in office and he reflected of some of his administration’s early accomplishments.

“Over and over again, I promised to keep families safe, to put hard working Georgians first and I think that is exactly what we have done with these pieces of legislation today and with these great legislators’ help who are here today.” 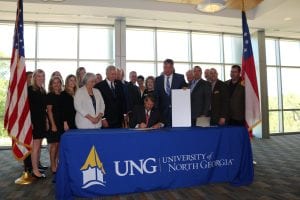 Kemp said the 2019 and 2020 budgets are “reflection of the values of our state and our priorities for the future. We have fully funded public 0education for the second year in a row. We have given teachers, counselors and others a historic pay raise this year. We’ve invested $70 million in school security grants, $30,000 for every public school in the K through 12 system. We also doubled funding for mental health services in our high schools.”

The governor also pointed to state investments in public safety. “We created a task force within the GBI to undermine drug cartels, gangs and human and sex trafficking.”

Kemp thanked legislators for “stepping up to the plate” and adding $20 million to the budget for hurricane relief for farmers in south and southwest Georgia “while we wait on those in Washington D.C. to do their part to put people ahead of politics and pass the daggum disaster relief bill.”

Fetch Your News is a hyper local news outlet that covers Dawson, Lumpkin, White, Fannin, Gilmer, Pickens, Union, Towns and Murray counties as well as Cherokee County in N.C. FYN attracts 300,000+ page views per month, 3.5 million impressions per month and approximately 15,000 viewers per week on FYNTV.com and up to 60,000 Facebook page reach. If you would like to follow up-to-date local events in any of those counties, please visit us at FetchYourNews.com